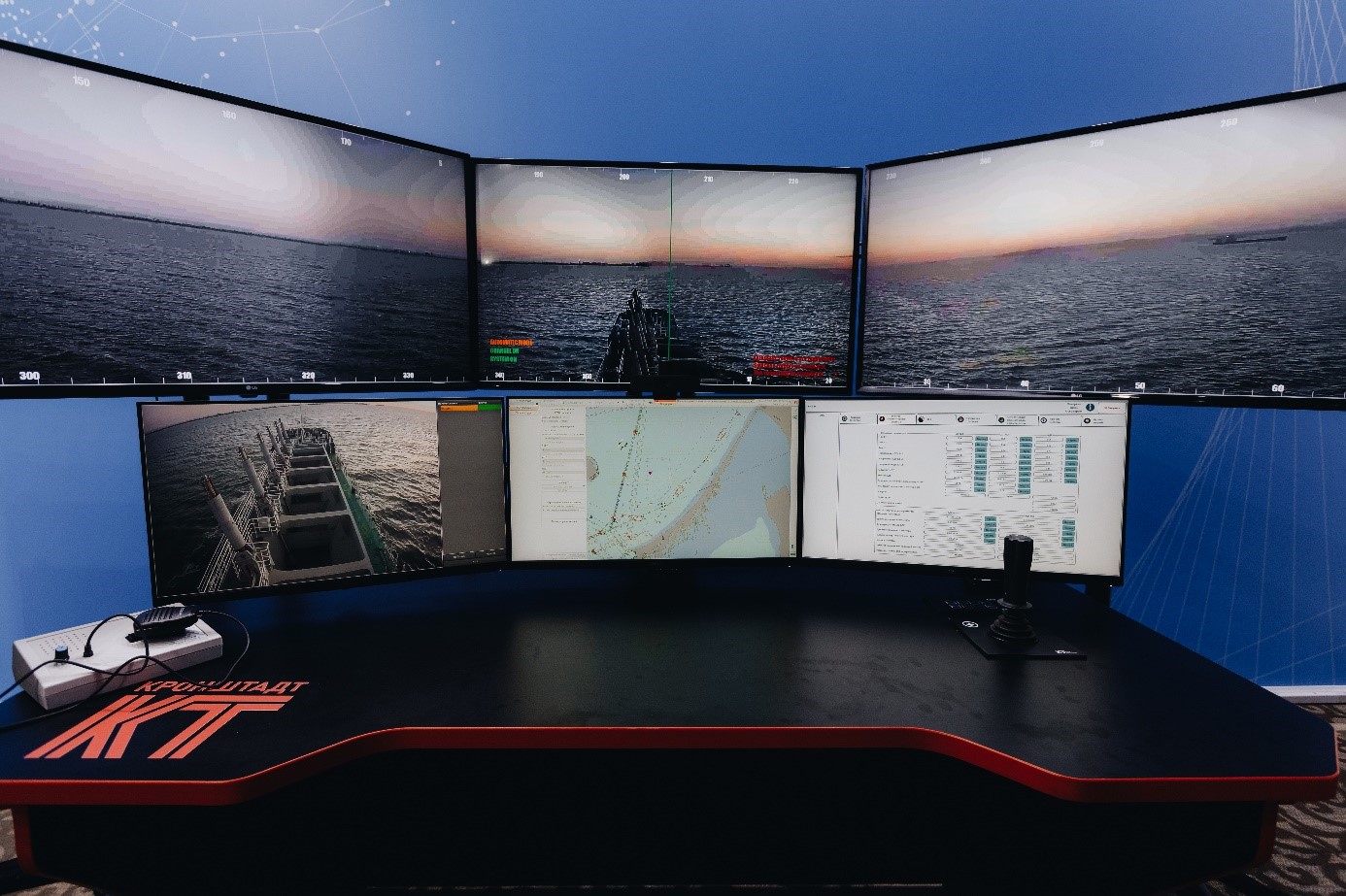 The Remote Control Station (RCS) is a workstation for a remote control operator and is designed to solve the entire range of remote monitoring and control tasks. It is located outside the controlled vessel and is the equivalent of a highly ergonomic ship's bridge and a central control station.

The RCS includes interfaces for the operator's interaction with ANS, OSA, R-ETC, a joystick system for vessel motion control, and a set of terminals to the conventional radio equipment and loudspeakers onboard a controlled MASS (maritime autonomous surface ships).

Above the main area there are five screens that display image information received from the OSA about the current environment. They are present by default and display a viewing angle of 180° in front of the vessel, while including the possibility of an arbitrary rotation of this field of view by the operator using the OSA interface for viewing along a 360° arc in the horizontal plane. This arrangement offers genuine angular dimensions of any object in the image displayed for remote control operator.

The joystick system transmits the vessel's motion parameters provided by the operator when in remote control mode to the ANS. It includes a control panel and an analog 3-axis joystick that has settings for longitudinal force, lateral force and turning moment. Using the joystick allows the human agent to operate all the necessary actuators at once with a single control.

In order to ensure interaction with mandatory radio stations, ship MF-HF radiotelex, Inmarsat station and Navtex receiver, the RCS is equipped either by separate terminals connected to the corresponding devices onboard or by a single multichannel radio equipment control panel with a single switching module onboard.